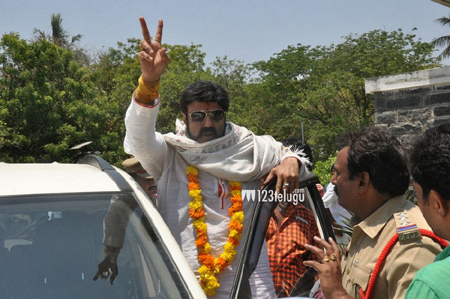 Now that Balayya’s 100th film has been launched officially, the focus has shifted towards its making and other details of the film. Nandamuri Balakrishna was seen in a completely new look during the launch and was sporting a stylish moustache.