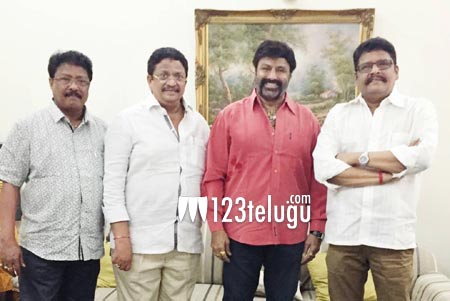 It is a widely known fact that Balakrishna will be doing a film with ace director K S Ravi Kumar. The latest news is that the project has been confirmed and will be launched in June last week.

The regular shooting of the film will kick start on the 10th of July and will be made on a huge scale. C Kalyan produces this film which will be Balayya’s 102nd project. The pre-production of the film is currently on and the other star cast is currently being finalized.

Meanwhile, Balayya is currently busy filming for his new film in the direction of Puri Jagan. Shreya is the heroine.