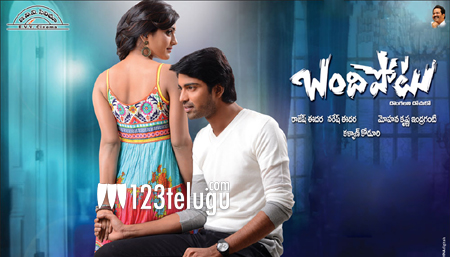 Comedy King Allari Naresh, has been promoting his latest flick Bandipotu from quite some time now. The film released to some positive reviews all over yesterday. Naresh’s new avatar became the talk of the town and won critical acclaim.

Directed by Indraganti Mohan Krishna, this film has Esha as the female lead. Bandipotu is the story of a conman played by Naresh and has Tannikella Bharani, Rao Ramesh and Posani as the supporting cast. Kalyan Koduri composes music and Aryan Rajesh is the producer.