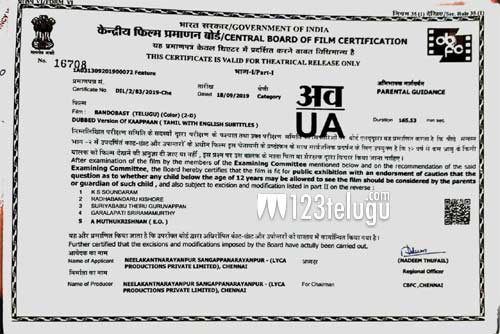 Suriya will be testing his luck once again with his new film Bandobast which will be released tomorrow along with Varun Tej’s Valmiki.

The news now is that the film has cleared its censor with a U/A certificate and the film’s run time has been locked at 165 minutes.

KV Anand directs this film which has Sayyesha Saigal and Arya in Key roles. Mohan Lal will be seen in the role of a PM in this spy thriller.