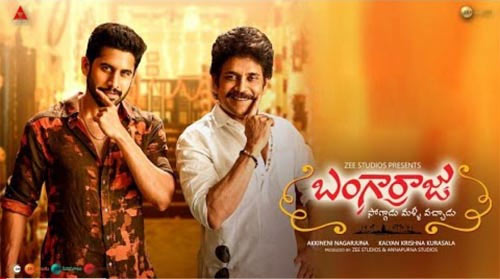 Bangarraju is a film that was released with a very calculative motive during Sankranthi. When all the films were being postponed, Nag went ahead and released the film.

Thanks to the holiday season, the film made good money. Now, the latest update is that the film has crossed a share of 36 crores worldwide to date which is quite good.

The film has now slowed down in multiple areas and is nearing its run. But Nag and team have made good money with this film which has been directed by Kalyan Krishna.