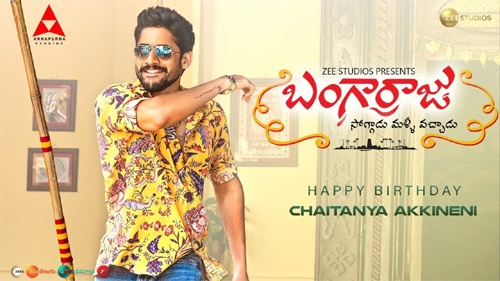 The much-awaited teaser for Nagarjuna and Naga Chaitanya’s upcoming socio-fantasy family entertainer, Bangarraju, has been released just a while and on the occasion of Chay’s birthday. The teaser exclusively introduces Chay’s character in the movie.

Bangarraju’s teaser showcases Chay in a mass avatar after a long time. He looks flamboyant and playful as he oozes swag and style as a village youth. Director Kalyan Krishna seems to be coming up with a pleasant surprise for fans with Chay’s character. Anup Rubens’ celebratory background music is another highlight of the teaser.