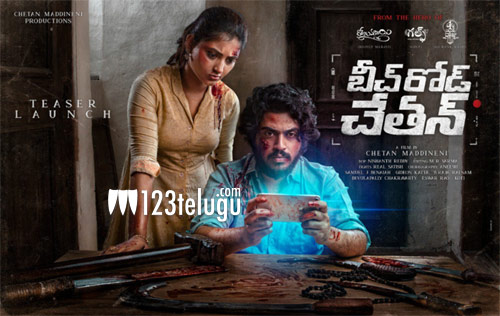 Young hero Chetan Maddineni, who had acted in movies such as Rojulu Marayi and First Rank Raju, will soon be seen in in a youthful action thriller, interesting titled Beach Road Chetan. In an impressive feat, apart from playing the main lead, Chetan has also directed and produced the movie.

And the latest update is that Beach Road Chetan has wrapped up its censor formalities and received an A certificate from the CBFC. Apparently, the film’s concept and certain striking story elements have resulted in the A certification.

In a unique promotional strategy, Chetan recently announced that the first day first show tickets of Beach Road Chetan will be free for all the audiences. The film is all set to hit screens on the 22nd of this month.