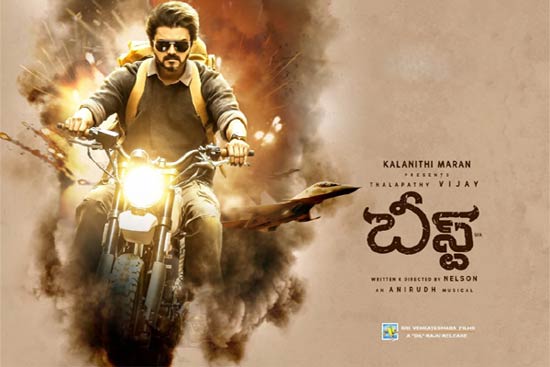 Thalapathy Vijay’s Beast hit the silver screens on the 13th of April and it is putting up a decent performance at the Tamil Nadu box office.

Beast has apparently locked a tentative OTT release plan. Apparently, the film will premiere on Netflix and Sun NXT on the 11th of May, exactly four weeks post its theatrical release.

But this is just a tentative OTT release plan for now and there is nothing official yet. Netflix might issue an official communication to this effect in the next few days.

Beast is directed by Nelson Dilipkumar and it has Vijay and Pooja Hegde in the female lead roles.