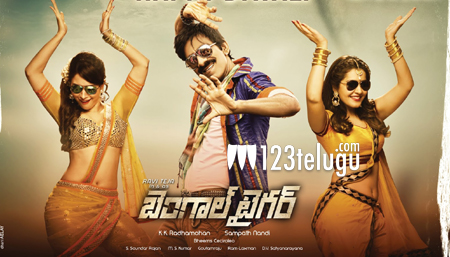 With less than a day to go for Ravi Teja’s Bengal Tiger to hit the screen, the pre-release business of this film is still continuing to impress big time. If the latest reports are to go by, the satellite rights of the film have been sold for a whopping 7.5 crores.

There was a stiff competition as some leading channels were fighting hard for these rights. Finally, the rights have been bagged by popular channel Gemini TV.

Directed by Sampath Nandi, Bengal Tiger has Tamannah and Raashi Khanna as the female lead. Radha Mohan is the producer and Bheems has composed the music.