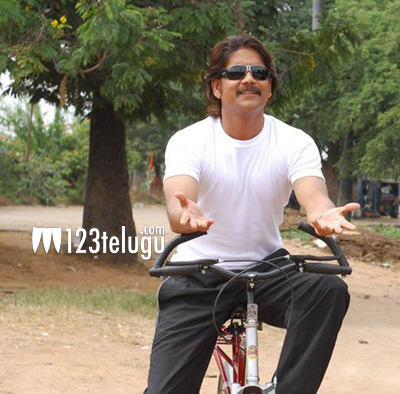 ‘King’ Akkineni Nagarjuna’s ‘Bhai’ is progressing at a good pace. The movie’s shoot is now in the final stages. The film was shot at Chiran Fort yesterday. The film has also been shot extensively at a special set in Hyderabad’s old city.

‘Bhai’ is expected to be a commercial entertainer. Veerabhadram is the director of this movie and he has scored two hits earlier, in the form of ‘Poolarangadu’ and ‘Ahana Pellanta’. He is hoping to score a hat trick with this film.

Richa Gangopadhyay is the heroine Devi Sri Prasad is the music director and Sameer Reddy is the cinematographer of this movie.