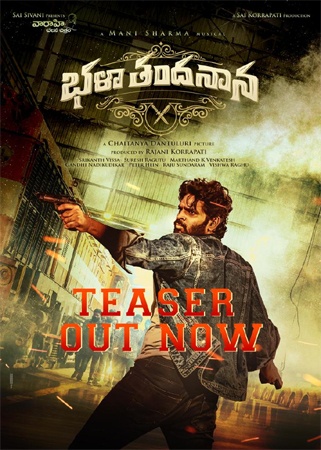 Directed by Chaitanya Dantuluri, the movie’s teaser is good and impressive. The background score by Manisharma makes it more interesting. The teaser showcases Sree Vishnu in a never-before avatar. He plays a crime reporter, who looks innocent but has a different angle and motto. Catherine Tressa is also seen as a reporter, who is quite in contrast to hero.

The teaser also showcases Sree Vishnu as a common man who is against a corrupted political leader. It seems that the story revolves around the hawala scams. KGF fame Ramachandra Raju has played the villain in this movie.

Srinivas Reddy, Adarsh Balakrishna, Satya, Posani Krishna Murali, and others have played key roles in the movie, produced by Rajani Korrapati under Vaaraahi Chala Chitram. The movie is slated for February 2022 release.