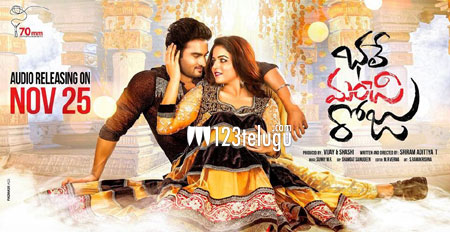 Young hero Sudheer Babu, is back with his upcoming film Bhale Manchi Roju. The film has become the talk of the town ever since its teaser was unveiled. Meanwhile, the film has completed its censor formalities and has received an U/A certification.

With this, all the release formalities have been wrapped up and the film is set for a 25th release. Directed by débutante Sriram Aditya, Bhale Manchi Roju is produced by Sudheer’s close friends Vijay Kumar Reddy and Sashidhar Reddy under their 70mm Entertainments banner.