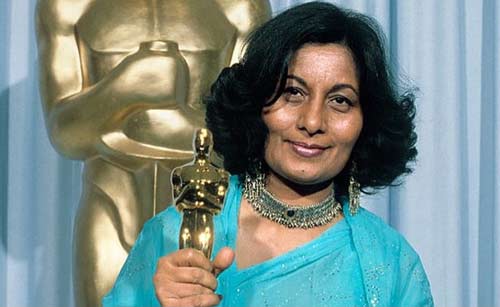 It’s a sad day for the Indian film fraternity. Iconic costume designer and India’s first Oscar winner Bhanu Athaiya, passed away at her Mumbai residence on Thursday after prolonged illness. Bhanu was 91. Her last rites took place at the Chandanwadi crematorium in South Mumbai. 8 years ago, Bhanu was diagnosed with a tumour in her brain. She was bedridden the last 3 years due to paralyses.

Born in Kolhapur, Bhanu began her career as a costume designer with Guru Dutt’s 1956 film, CID. She created history by winning the Best Costume Design Oscar for Richard Attenborough’s 1982 film, Gandhi, along with John Mollo. In a career spanning 5 decades and over 100 films, Bhanu won 2 National Awards — for Gulzar’s Lekin (1990) and Aamir Khan’s Lagaan (2001).