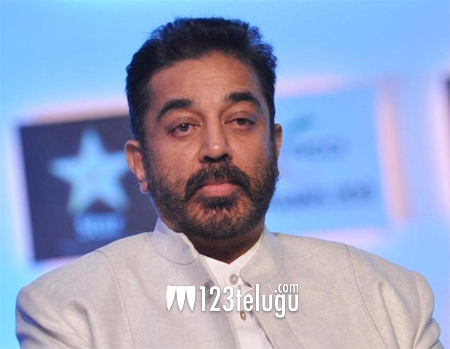 For the last few months, there have been non-stop speculations that stalwart actor-director duo Kamal Haasan and Shankar’s Indian 2 (Bharatheeyudu 2 in Telugu) was shelved. The film had a few days of shoot in January, before it was put on hold due to Kamal’s busy political schedule.

Now, the latest updates reveal that Bharatheeyudu 2’s shooting will resume either from July end or early August, after Kamal wraps up Bigg Boss Tamil. Apparently, Kamal will be undergoing a drastic change in his physical appearance, and he will start working on his makeover only after Bigg Boss Tamil.

Kajal Aggarwal is the heroine in Indian 2. A leading Bollywood star will be playing the main antagonist’s role in the film. Anirudh Ravichander is the film’s music composer. Lyca Productions is bankrolling this magnum opus. Stay tuned for more updates on this much-awaited project.