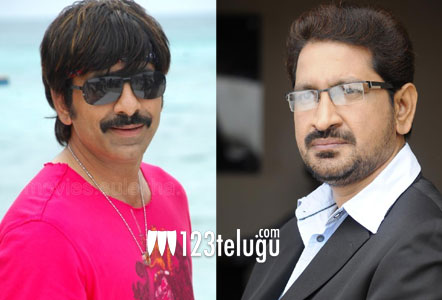 Bhemaneni Srinivas Rao, who made a sparkling comeback last year with Sudigadu, is going to direct a film with Ravi Teja in lead role, as per the latest buzz in the industry. Last year, soon after Sudigadu released, Bhemaneni Srinivas Rao made news after buying the remake rights of a Tamil film Sundarapandian and several people thought that it’s going to be his immediate next film. He even worked on the script for quite sometime, but rumours are abuzz in Filmnagar that Bhemaneni Srinivas Rao has narrated a new story to Ravi Teja and the two might team up soon. On the other hand, Ravi Teja is on a high post the success of his recent flick Balupu. The film gave him the much needed break and after a long time, Ravi Teja finally tasted success at box-office. He’s in talks with few more directors and unlike previous occasions, he doesn’t seem to be in a hurry to accept any projects immediately. Lets wait and watch what Ravi Teja’s final decision is going to be.