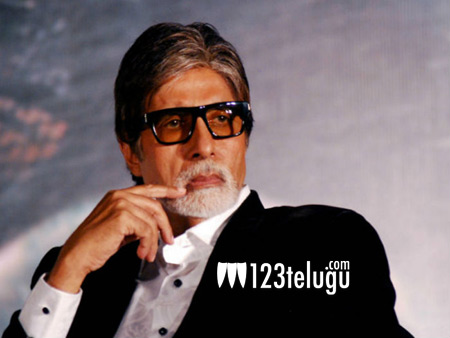 The terrorist attack on CRPF jawams in Pulwama, Jammu and Kashmir, has rocked the nation and in the past few days, several celebrities and businessmen have offered their support and condolences to the families of the martyrs. Going a step further, several actors including Vijay Devarakonda, have appealed to their fans and followers to donate to various initiatives aimed at the well being of soldiers and their families.

The latest news is that Amitabh Bachchan has decided to donate Rs 5 lakhs each to the families of the deceased CRPF personnel. Initially, the total sum of the donation was pegged at Rs 2 crores when news broke out that 40 CRPF members had died in the terrorist attack. But now, Big B has revealed that he is donated Rs 2.5 crores to 50 families of the respective CRPF members.

With his gesture, Amitabh Bachchan has indeed set the right precedent which would encourage others too to stand by the families of those who died in the attack.

Amitabh Bachchan will be donating Rs. 5 lakhs to each family of the 40 Martyrs who sacrificed their lives for India , the total amounting to Rs. 2 crores.
Moving