Big B releases Brahmastra’s glimpse ahead of the motion poster
Published on Dec 14, 2021 10:30 pm IST 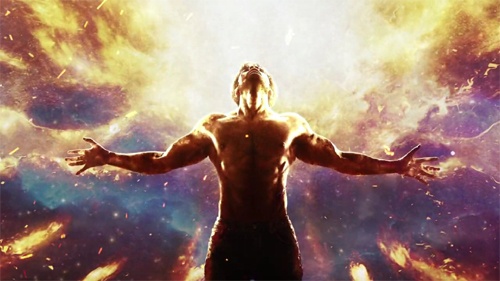 Brahmastra is undoubtedly one of the most awaited Bollywood flicks and audiences are eagerly waiting for the release of this magnum opus.

Meanwhile, Big B, Amitabh Bachchan, has released a small glimpse of Shiva to announce the release of the film’s motion poster.

Team Brahmastra has already made arrangements to release the motion poster tomorrow at an exclusive fan event in New Delhi.

Coming to the glimpse, we can see Ranbir Kapoor, who is playing Shiva in the film, with hands stretched out and covered with fire all over his body.

The action-adventure movie will also be released in Telugu, Tamil, Kannada and Malayalam in 2022.