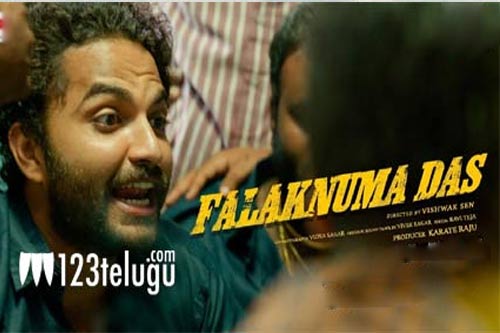 The teasers and trailer of Falaknuma Das have caught on well as the film is ready for a release on the 31st of this month in a big way.

With Suresh Productions backing the film, the pressure is even more. Viswak Sen is playing the lead and is also directing this gritty gangster drama and has a lot to prove with his acting and direction post the debacle of Ee Nagarainiki Yemaindi.

As of now, the buzz for the film is low and we need to see if it springs a surprise at the box office.