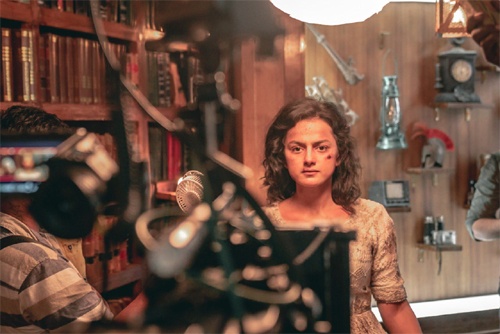 It is known that actress Shraddha Srinath, who impressed audiences in Nani’s Jersey, is doing a female-centric movie titled, Kaliyugam. Directed by the debutant Pramodh Sundar, the Tamil flick is the first apocalyptic-based movie in India.

Now, the news is, the final schedule of the movie has begun on Monday. Key scenes on the actress and Kishore will be canned in this final schedule.

Produced by KS Ramakrishna of Prime Cinemas, the psychological thriller will complete its shoot very soon and hit theaters in 2022.