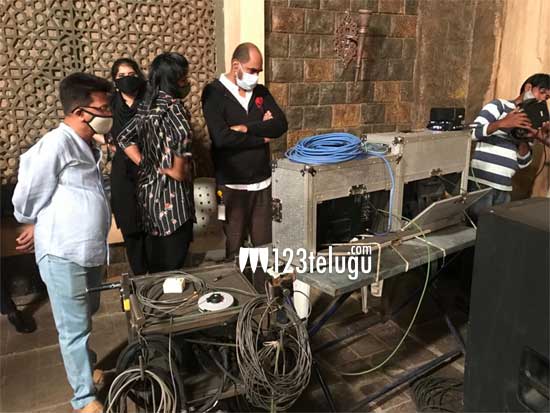 Here comes a surprise update. Hero Pawan Kalyan has resumed the shooting for his highly-anticipated 27th film which is being directed by Krish. The shooting is underway in Hyderabad and the film’s production house Sri Mega Surya Production has made the announcement this evening, pleasantly surprising the fans.

PSPK27’s shoot was stalled in March last year due to the lockdown. Pawan had resumed Vakeel Saab in November last year and wrapped it up recently. On the other hand, PSPK27’s shoot has been a mystery all these days and there were even speculations that Pawan will keep it aside and commence Ayyappanum Koshiyum remake instead.

PSPK27 is a period action drama set in the Mughal India era. Veteran producer AM Ratnam is bankrolling this exciting project and MM Keeravani is composing the music.