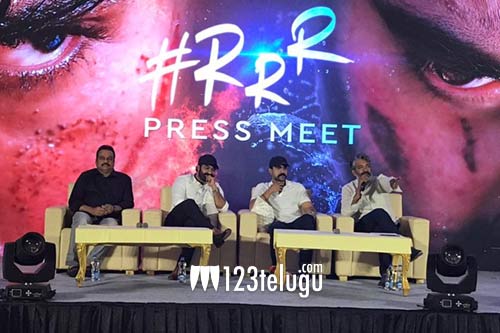 Rajamouli has let everything out and cleared all the speculation on the film. In a press meet today, he has revealed that the film’s title has been confirmed as RRR and it will be the same for all language release.

The star director also revealed that RRR will have a different meaning in different languages. Keeravani is composing music for this film which will be out on July 30th, 2020.

Rajamouli also revealed that the film is a fictional story and will be made for a pan India audience.