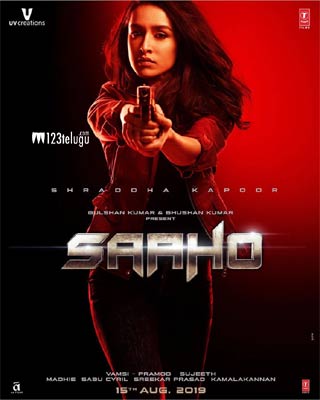 Today, we revealed that an interesting update about Saaho will be revealed by the makers. Now, the latest we hear is that the teaser of the film will be launched on the 13th of this month in a grand manner.

This is superb news as we will get to see India’s most expensive action film on screen finally. Sujeeth is directing this film which has Shraddha Kapoor as the female lead.

A number of Hindi stars are playing key role in this film which will be out on the 15th of August. For now, all eyes are now on the teaser.

The action BEGINS 😎
Enter the world of #SAAHO with the teaser on 13th June.