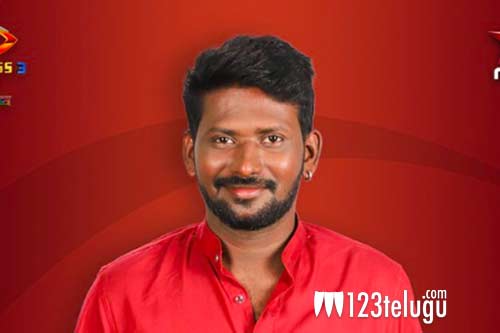 Mahesh Vitta is an upcoming comedian who is quite famous on YouTube. He did a few films and was appreciated for his work in Nani’s Krishnarjuna Yuddham.

The young actor is now a contestant in the Bigg Boss house. Star Maa has roped him in as Mahesh is a very hot-headed guy in real life and can create superb drama in the house.

The glimpse of which Mahesh has already shown in the house. When he was nominated, Mahesh said that though he does comedy for a living, he is not a comedy piece and will not spare anyone who comes in his way.

Apart from this, the spats between Hema, Sreemukhi, and Himaja have started the ball rolling for Bigg Boss season 3 already.