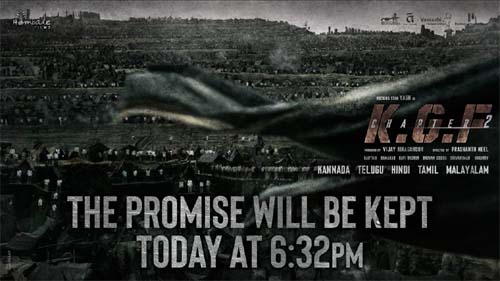 And finally, the months long suspense surrounding the release date of Yash and Prashanth Neel’s highly-anticipated pan-India gangster drama, KGF Chapter 2, will come to an end today. The makers of this high budget period action drama are all set to announce the release date at 6:32 PM this evening.

For the last few months, there have been numerous speculations about KGF 2’s release date. The film will most certainly lock a summer holiday release in multiple languages across the world. However, fans will have to wait until this evening for the surprise announcement.