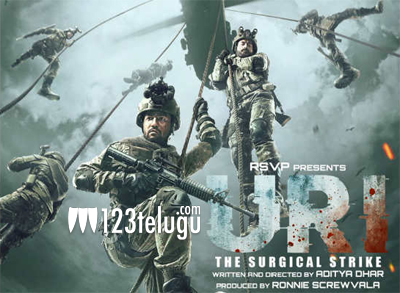 SS Rajamouli’s Baahubali 2 has set numerous record during its dream run at the box office in 2017. In fact, the film’s Hindi version made so much money on a day-to-day basis that several big films have struggled to come close to the records that Baahubali 2 had set.

Meanwhile, much to everyone’s surprise, Vicky Kaushal, Yami Gautam starrer Uri has managed to surpass two records that were previously held by Baahubali 2 in Hindi. On the 23rd day, after its release, Baahubali 2 had collected a nett of Rs 6.35 crores and on 24th day, the film collected Rs 7.80 crores. Now, as per the latest estimates, Uri collected Rs 6.53 crores on day 23, and on day 24, it collected close to Rs 8.71 crores to set a new record.

The film has already collected Rs 188 crores nett, and it is expected to come close to Rs 215-225 crores nett in its full run.