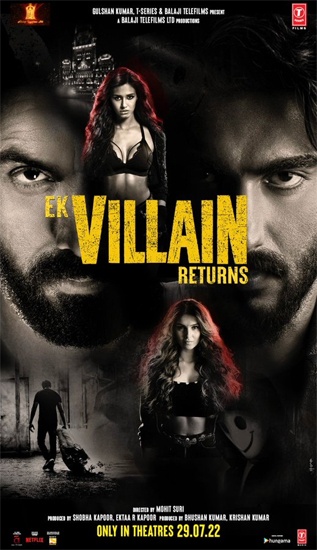 Now the sequel to this blockbuster film is getting released. Mohit Suri who directed the first part is helming this sequel which is titled Ek Villain Returns. The makers have released the theatrical trailer of the film today.

The trailer promises to be an action-packed suspense thriller. It starts with JD Chakravarthy talking about the villain who is on a killing spree of women who ditch their one side lovers. Who is the killer? What made him commit murders? What is the connection between the two heroines? We will get the answers only after the film releases.

This sequel stars John Abraham, Arjun Kapoor, Disha Patani, and Tara Sutaria in lead roles. The project is bankrolled together by T-series and Balaji Motion Pictures. The film is slated to hit screens on 29 July.