Bollywood actress opens up about her Tamil biggie
Published on May 18, 2017 6:00 pm IST 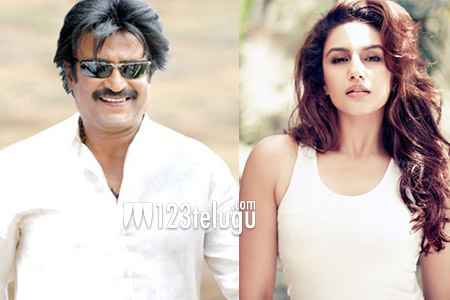 It is a known fact that Hindi heroine, Huma Qureshi was roped in to play the female lead opposite superstar Rajinikanth. Speaking about the same, Huma in a recent press meet said “It will be a privilege to work with Rajini sir. But it is too early to talk about it now. Makers of the film should talk about it”

The film is directed by Pa Ranjith who earlier directed Kabali. Dhanush is producing this big budget film which will be based on the story of Mumbai’s underworld don Haji Mastan who was originally from Chennai.

The makers will announce the project on the 28th of May.