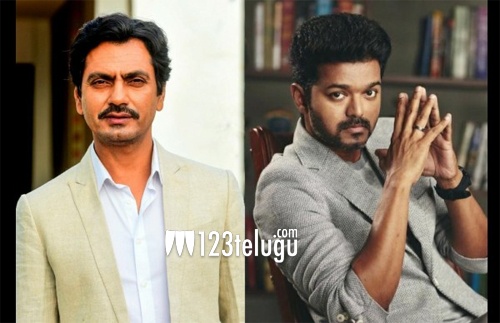 Kollywood star Vijay’s 65th project is being eagerly awaited by his fans. Young Tamil filmmaker Nelson Dilip Kumar will be directing this crazy project under Sun Pictures production. The project will have its official launch very soon and the pre-production formalities are in full swing at the moment. Pooja Hegde and Rashmika Mandanna are the frontrunners to play the film’s leading lady.

Now, if the ongoing buzz in the Tamil film circles is anything to go by, acclaimed Bollywood star Nawazuddin Siddiqui will be playing the main antagonist against Vijay in this high profile film. It’s well known that Nawaz had made his south debut with Rajinikanth’s Petta a couple of years ago. An official announcement regarding Nawaz’s inclusion in Thalapathy65 is awaited.