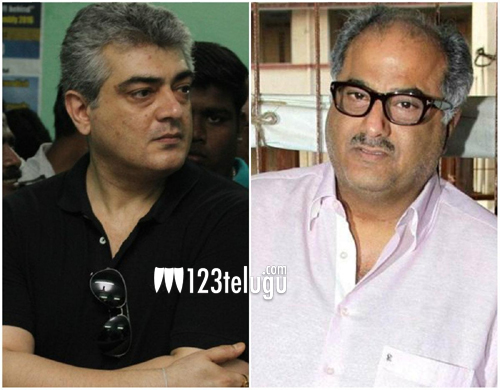 Ajith is ready with his new film Valimai that is up for a release on the 13th of this month. Now that the cases are growing, the film will more or less be postponed.

Now, the latest news is that Valimai’s producer, Boney Kapoor has rejected a whopping 350 crore offer to stream Valimai on Netflix.

The streaming giant has been approaching several biggies with juicy offers for direct digital release and did the same with Valimai as well.

But Boney is quite keen that his film should be seen only on the big screen. Valimai is an action drama directed by H Vinoth.