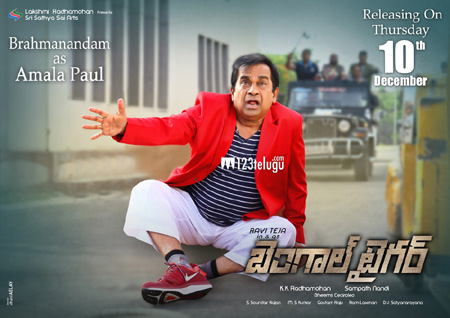 Comedian Brahmanandam’s characters are given unique and funny names in almost all the movies he is seen in. In Ravi Teja’s Bengal Tiger, Brahmanandam will be seen as Amala Paul.

Apparently, Sampath Nandi has used Brahmanandam quite uniquely in this movie. The character being named Amala Paul certainly creates some curiosity . We will have to wait and see why the director chose this name on December 10th.

Directed by Sampath Nandi, the movie also has Tamannaah and Rashi Khanna in lead roles. The movie was produced by Radha Mohan and the music was composed by Bheems Cecireleo. The movie is said to be an out and out action entertainer.