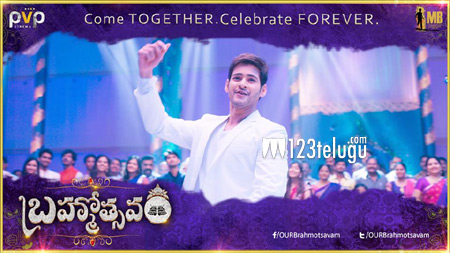 Brahmotsavam is one of the most awaited flicks that will be hitting the screens this year. The film’s audio was supposed to be unveiled earlier this month but to dismay of the fans, it has been postponed several times and was slated to be launched on May 1st.

Apparently, the audio launch has been delayed once again due to unknown reasons and May 7th has been set as the D-Day for the launch. Mickey J Meyer has composed the tunes and inside sources reveal that the he composed a couple of chart-bursting tunes for the flick.

Directed by Srikanth Addala, this family entertainer has Samantha, Pranita and Kajal as the leading ladies. PVP Cinemas has bankrolled the flick.