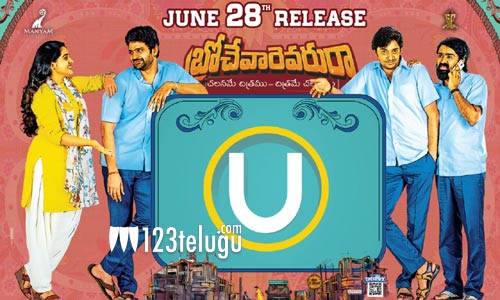 Sree Vishnu, Nivetha Thomas and Nivetha Pethuraj-starrer upcoming comic caper, Brochevarevarura, has wrapped up its censor scrutiny this evening. The CBFC has passed the film with a clean U certificate. Now that all the pre-release formalities are complete, the film is all set to hit screens on June 28.