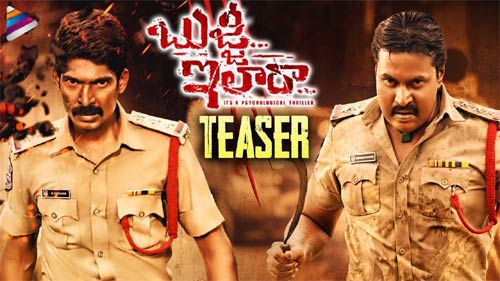 Dhanraj has turned hero once again and he is ready with a film called Bujji Ila Raa. The teaser of the film is out now and it has been cut really well.

Dhanraj is seen as this cop who is investigating a kidnapping case. Sunil also plays a cop and his role also raises curiosity. Looks like he is playing the main villain in the film.

The way director Anji has showcased the suspense elements looks good. The BGM, visuals and crime scenes are impactful.

If the makers manage to showcase the half of what is in the teaser, the film will be a good hit. For now, the trailer is striking.