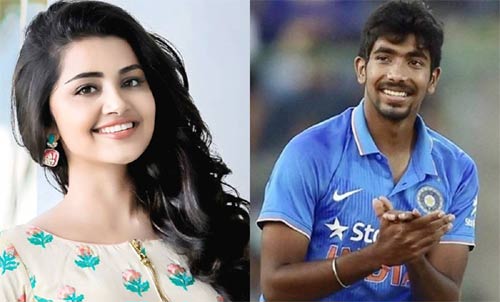 Jasprit Bumrah is India’s best bowler as of now and has a big fan following. Apart from his histrionics at the cricket world cup, Bumrah is in the news for various reasons now.

A crazy rumor has started making the rounds that there is something special going on between him and Telugu actress Anupama Parameswaran.

All this started when the social media came to know that Anupama is the only actress whom Bumrah is following on Twitter.

So many stories are being made about these two celebs as many in the media are saying that they are dating each other. Though there is no confirmation, this has become a hot topic of discussion now.