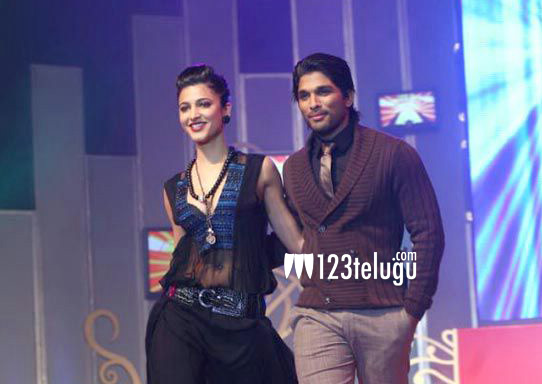 Stylish Star Allu Arjun and Shruti Haasan are working together for the film ‘Race Gurram’. Saloni is going to be seen as the second heroine in the movie. Shooting is currently going on at Annapurna Studios, in the 7 Acres complex. Bunny and Shruti Haasan are participating in the shoot. Allu Aravaind also visited the sets today, to see Bunny in action.

Surender Reddy is the director of this project and Nallamalupu Bujji is the producer. Vakkantha Vamsi has provided the script for this entertainer. Thaman is scoring the music for this film.

Apart from this project, Bunny has committed himself for one film with Harish Shankar.