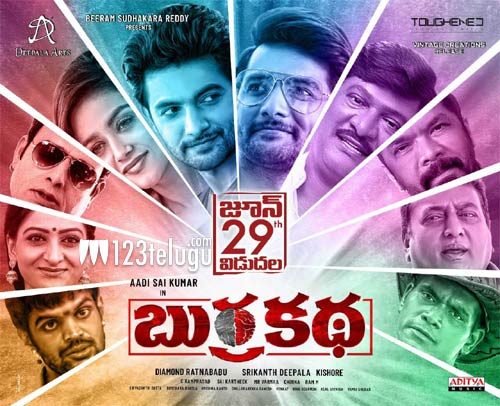 Aadi Saikumar has pinned high hopes on his upcoming romantic entertainer, Burra Katha. The film was initially slated for release on June 28. But the latest update is that Burra Katha will now be hitting theaters on June 29. A minor delay in the film’s censor scrutiny has caused this delay.

In Burra Katha, Aadi plays a youngster who is born with two brains. The confusion comedy generated through his unique disorder will be the main highlight of the movie. The actor is confident that Burra Katha will give him the much-needed hit.

Writer ‘Diamond’ Ratna Babu is making his debut as a director with Burra Katha. Mishti Chakraborthy and Naira Shah are the leading ladies in the film. The film is produced under Deepala Arts banner.