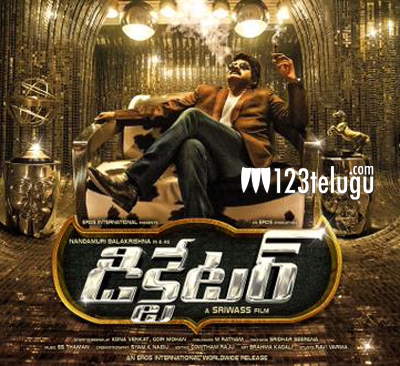 Nanadamuri Balakrishna’s 99th film, Dictator, is all set to enthrall the fans on Sankranthi. The audio will be releasing on December 20th at the new capital, Amravathi. This action entertainer also stars Anjali and Sonal Chauhan.

According to the latest buzz, Dictator is doing superb pre-release business. Being a Balakrishna movie, naturally the expectations are sky high. The movie has top technicians including Kona Venkat, Gopi Mohan and SS Thaman.

It won’t be easy for Dictator at the box office. The competition is stiff as movies like Nannaku Prematho and Soggade Chinni Nayana are releasing for the festival as well. This is definitely going to be an interesting festival.