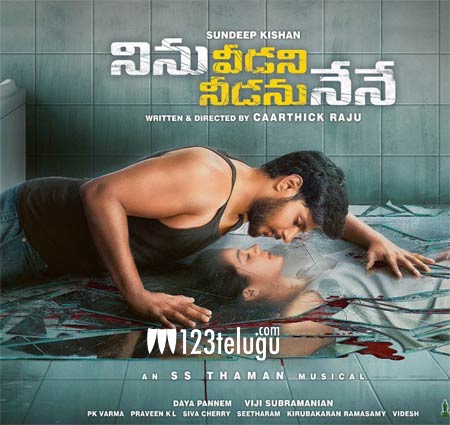 Sundeep Kishan is doing many films back to back and some of them are also ready for release. One of them is Ninu Veedani Nedanu Nenu which is being directed by Karthik Raju.

From the day the film went on floors, the makers have revealed some good posters which have been creating a very good buzz for the film which is a horror comedy.

Producers Daya Pannem and VG Subrahmanyan are making the movie simultaneously in Telugu and Tamil. AK Entertainments’ Anil Sunkara will release it in the theatres.