Catherine Tresa starts shooting for Vijay Deverakonda’s next
Published on Feb 3, 2019 10:29 am IST 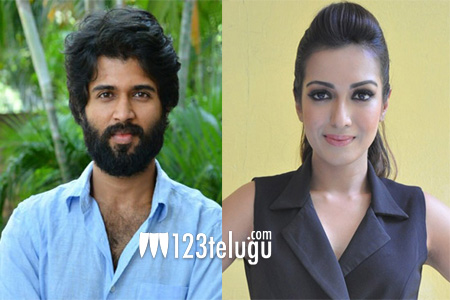 We had reported earlier that Bengaluru beauty Catherine Tresa was roped in to play one of the female leads in Vijay Deverakonda’s ongoing film. In the film, Catherine will be sharing screen space alongside three more heroines – Raashi Khanna, Aishwarya Rajesh and Izabelle De.

As per the latest updates from the film’s team, Catherine has already begun shooting for her part. However, details about her character have been kept under wraps. Touted as a romantic entertainer, this as-yet-untitled film is being directed by MMIRR fame Kranthi Madhav and produced by KA Vallabha. Senior producer KS Rama Rao is presenting the movie.

Gopi Sundar will be composing the music for this film. PPLM fame Jay Kay will be handling the cinematography.