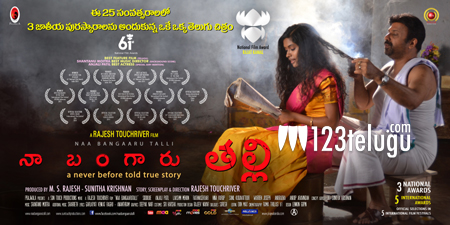 One film which has got all the tongues wagging is Na Naa Bangaaru Talli. This National Award winning film had some tough time to see the light of release. Initially, there were absolutely no buyers for this film, but loosing no hope the producer Sunita Krishnana took the route of crowd funding to release this film.

Stars like Samanta, Regina and Lavanya watched this film yesterday and heaped praises on the lead star Anjali Patil for her brave performance. Naa Bangaaru Talli is based on the delicate issues of human trafficking and is set to hit the screens tomorrow all over.