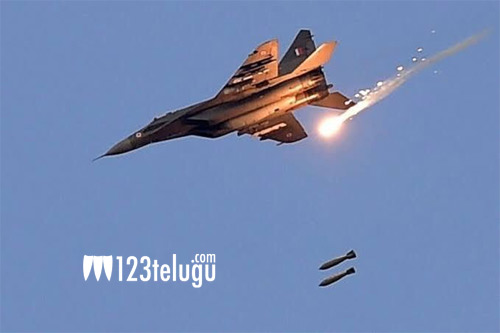 The Indian government has given a fitting reply to the recent terrorist attack that happened in Pulwama. The India airforce carried air strikes on terror camps across the Line of Control at 3:30 this morning.

The entire country has been saluting the Indian army for carrying out these surgical strikes and many celebs have been sending congratulatory messages. Here are some of them.

Extremely proud of our #IndianAirForce. Salutes to the brave pilots of IAF🇮🇳

Mess with the best, die like the rest. Salute #IndianAirForce.@narendramodi.

Congratulations to the #IndianAirForce for carrying out successful strikes on a terrorist camp across the LoC. Salute you with pride!

My Salute to the the Indian Air Force!!, The fire of bravery, the lightning speed operation !!I love you Indian Army:heart_eyes: pic.twitter.com/r2Jj4ZwbHY

#Pakistan has not the political unity, the military discipline or the economic strength to go to war against any country, leave alone #India. Stop protecting terrorists and murderers. The rest will write itself. Salute #IAF. Jai Hind. https://t.co/P3oJ6Qu3OB

Congrats to our Indian Air Force on the successful #Balakot mission. We are proud of you @IAF_MCC Salute to Indian army, Nation with you :pray::hugging_face: #IndiaHitsBack #Surgicalstrike2 pic.twitter.com/4yaf7KP813

No starting wars but ending it like 🙌🙌🙏🙏 #IndianAirForce 🇮🇳 #JaiHind