Sai Dharam Tej’s debut film, Rey was facing a lot of trouble to see the release light. But everything seems to be going fine as the film is all set for a huge release this 27th. According to the latest update, the censor has cleared the film with an ‘A’ certificate and have ordered for 41 cuts.

Directed by Y V S Chowdhary, Rey has been in the making for more than three years now. Tej had worked very hard and pinned a lot of hopes on this film. Now, with this film gearing up for a release soon, Tej can look forward for a positive 2015. 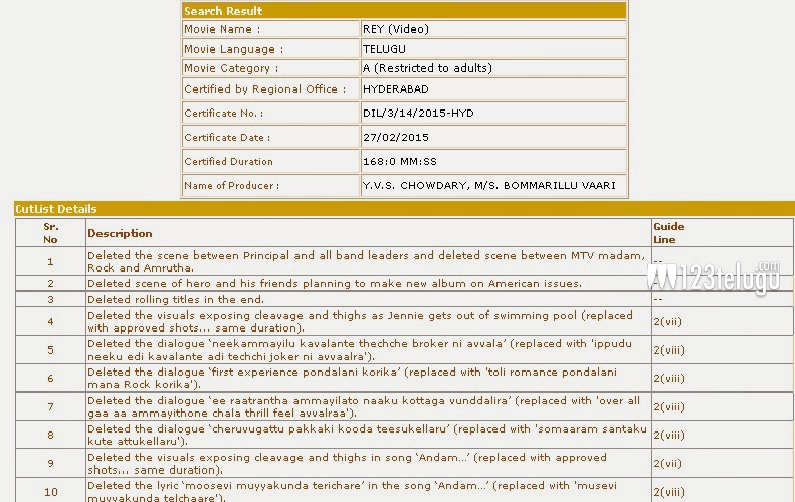