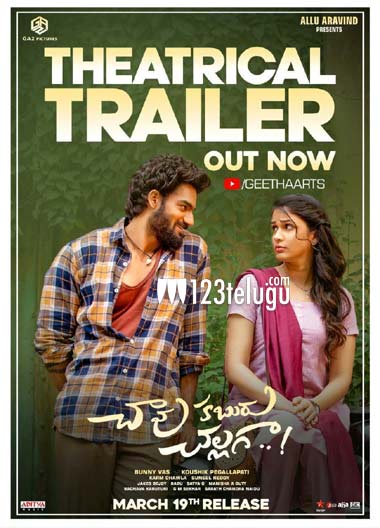 The handsome Karthikeya is ready with his new film, Chaavu Kaburu Challaga. The teasers and songs have clicked well and now the makers have released the film’s trailer.

By the first looks of it, the film is going to be a fun masala entertainer. The realistic setup, the hero’s mass characterization, and Lavanya’s de-glam role look superb in the film and have been established well by the director Koushik.

The comedy generated in a weird setup looks quite funny. Lavanya looks different and has a key role in the film. But it is Karthikeya who is superb as a mass lover. His dialogues, mannerisms, and the way he is wooing the heroine look good in this massy love story.

The trailer reveals that the B and C centers are going to have loads of fun. GA2 Pictures bankroll this film that has music by Jakes Bejoy.