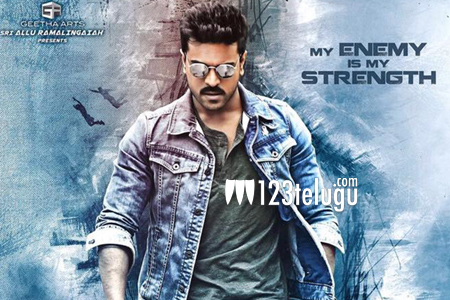 Mega Powerstar Ram Charan is currently busy with the shooting of Dhruva and the team is gearing up to meet the Dussehra release deadline. The film is an official remake of the Tamil blockbuster Thani Oruvan and Charan has now increased the pace of shooting for the movie.

Veteran actor Aravind Swamy is playing an important role and Surender Reddy is the director. Charan is spending a lot more time at the sets and is reportedly working with the director to complete his scenes on time, to ensure a timely release. The movie is expected to hit the screens on October 7th.

Geetha Arts is producing the movie and Hiphop Thamizha will be composing the music.