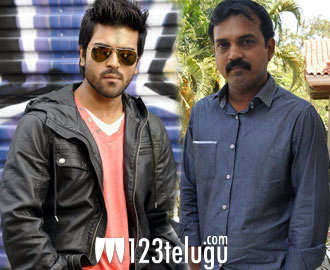 Mega Power Star Ram Charan and ‘Mirchi’ fame Koratala Shiva will be teaming up for a new commercial entertainer. The film was supposed to start in July, but it will now roll from August. The date being cited is August 22nd. Charan is currently busy with the post-production of ‘Yevadu’.

Bandla Ganesh is the producer of Charan and Koratala Shiva’s project. Catherine Tresa is one of the heroines in the film and the second heroine’s name has not been announced yet. The movie is expected to be a powerful mass entertainer.

Koratala Shiva gained good recognition for his dialogues and ‘hero elevation’ scenes in ‘Mirchi’. This project will be his second venture as a director.