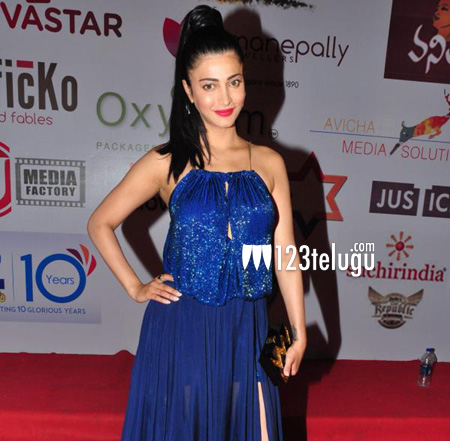 The audio album of Mahesh Babu’s upcoming family entertainer, Srimanthudu, was released amidst huge fanfare a week ago. The songs composed by Devi Sri Prasad met with fans’ expectations and became chartbusters. The film’s heroine, Shruti Haasan, shared a few interesting snippets about her favorite song in the album.

Srimanthudu is fast finishing is post-production formalities and is gearing up for a grand Telugu-Tamil bilingual release on 7th August.