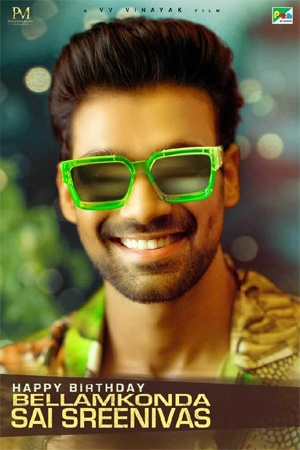 It is a known fact that happening hero, Bellamkonda Sai Sreenivas is making his Hindi debut with the remake of Chatrapthi.

The film is being directed by V V Vinayak and Bollywood’s successful production house Pen Studios is making this film on a huge scale.

The film will retain the Telugu title of the super Hit Chatrapathi. The makers will soon commence shooting songs of the movie. Very soon the first look poster of the movie will be revealed.

Bellamkonda underwent a tremendous physical transformation to play a power-packed role in this movie. Rajamouli’s father KV Vijayendra Prasad who penned the story for the original is the writer for the remake version as well.