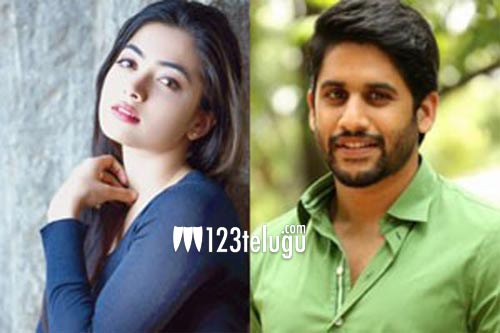 In a surprising turn of events, top producer Dil Raju is said to have roped in young stars Naga Chaitanya and Rashmika Mandanna for a romantic entertainer which he will be bankrolling soon. An official announcement regarding the same will be out soon.

The Chay, Rashmika film is titled Adhe Nuvvu Adhe Nenu. If one remembers, Dil Raju had earlier announced a film with the same title, but featuring Mahesh Babu’s nephew Ashok Galla and iSmart Shankar girl Nabha Natesh. However, the star producer had shelved the film after he replaced both the actors with Raj Tarun and Shalini Pandey for reasons unknown.

Debutant Sasi Kumar Muthuluri, who had earlier directed a few short films, will be directing Adhe Nuvvu Adhe Nenu. The film is said to be an official remake of a Turkish film, titled Love Loves Coincidences. Stay tuned for more details.