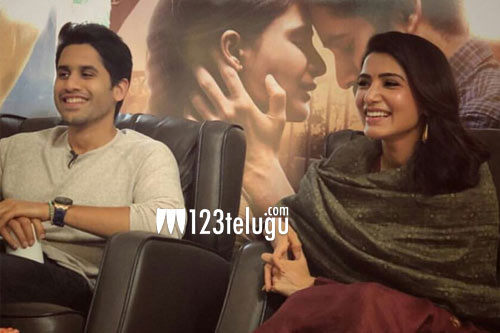 Fans of the Akkineni couple, Naga Chaitanya and Samantha, are eagerly awaiting the release of their fourth film, Majili. This promising romantic drama is slated to hit screens on April 5. The fact that Chay and Sam are sharing screen space for the first time since their marriage has added a lot of craze for Majili.

According to the latest updates, both Chay and Samantha are all set to kick-start the promotions for Majili from this week. Together, they will be seen interacting with the print, digital and electronic media personnel until the film’s release. In the movie, they both will be seen as a married couple.

Mumbai actress Divyansha Kaushik is the other female lead in Majili. Gopi Sundar has composed the soundtrack for the movie. Shiva Nirvana has directed the film and Sahu Garapati and Harish Peddi have produced it under Shine Screens banner.