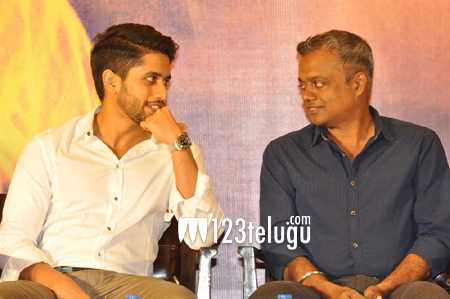 Naga Chaitanya’s Saahasam Swaasaga Saagipo is running successfully in the two Telugu states and in the US. The film is directed by Chay’s mentor Gautham Menon. In his latest interview, the director said that he is considering Chay for his ambitious multilingual project.

It is well-known that Gautham Menon has been planning a high budget adventurous movie in Telugu, Tamil, Kannada and Malayalam and has reportedly roped in leading stars from the respective film industries. Going by his statement, Chay seems to have made the cut from Tollywood.

Gautham Menon also said that Chay is his favorite actor in Tollywood and that he wants to launch him in Kollywood very soon.